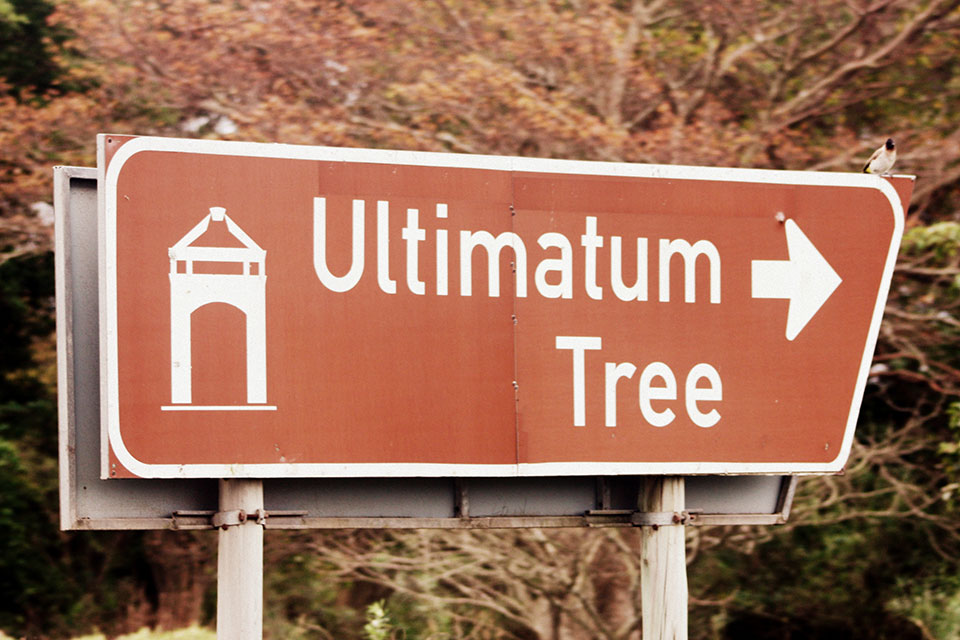 Here under the shade of a large Sycamore fig tree on 11 December 1878 the British presented an ultimatum to the Zulu king which called for the immediate disbanding of the Zulu army and the subservience of the Zulu monarch to the British. King Cetshwayo regarded the demands as an insult to all Zulus and when no reply was received within the stipulated 30 days, the British declared war and invaded Zululand on 11 January 1879.

Get onto the R102 and a few kilometres south of the Thukela bridge, take the turn-off to Harold Johnson Nature Reserve and Fort Pearson. Follow the signage to the Ultimatum Tree on the banks of the river below the N2 highway.

Image by By Witstinkhout (Own work) [CC BY-SA 3.0], via Wikimedia Commons