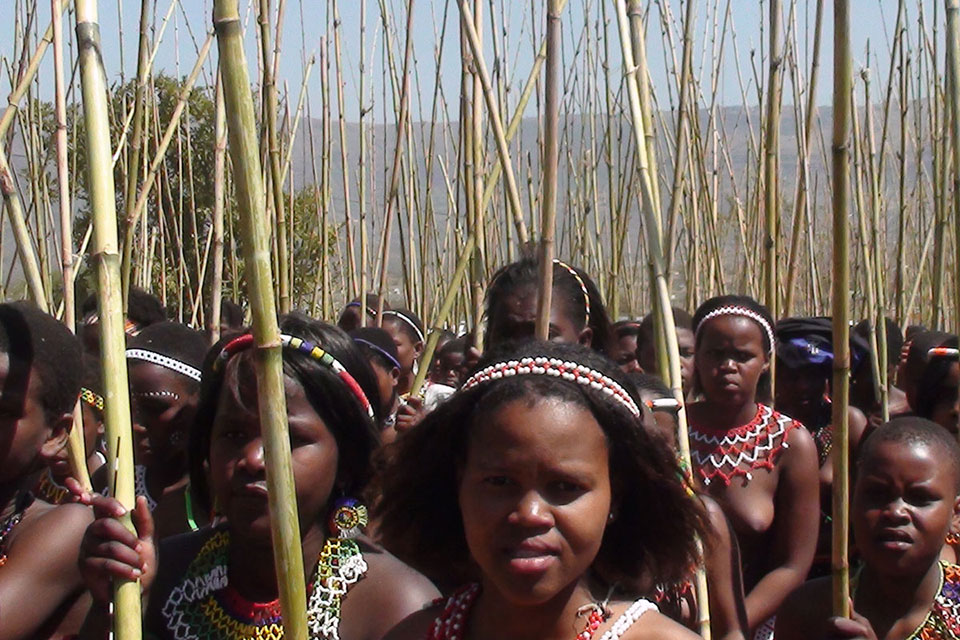 Once a year, usually on the second Saturday of September, thousands of maidens from all over the Zulu Kingdom gather at eNyokeni Palace to take part in one of the most colourful festivities on the South African cultural calendar – the Royal Reed Dance or uMkhosi woMahlanga, as it is known in the Zulu language. The festival takes its name from the riverbed reeds which are carried by the maidens in a procession several kilometres long and presented to the king in the Royal Enclosure. The Reed Dance is a solemn occasion for the teenage girls but it is also an opportunity to show off their singing, dancing and beadwork – the fruits of many months of excitement and preparation. Beadwork abounds and it is often the only clothing the maidens wear. The girls are for the most part bare breasted and they wear the traditional beaded belt and frontal apron worn by virgins – the isigege.

Follow the signs to Enyokeni Palace from the R66 between Ulundi and Nongoma. Visitors wishing to get into the Royal Enclosure where the maidens present the reeds to the king require a pass.