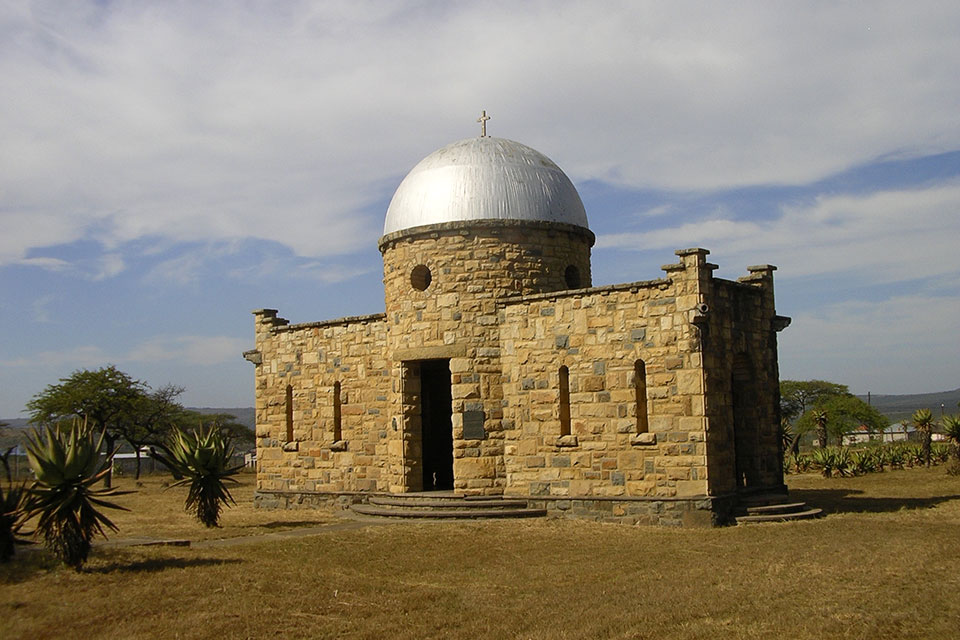 The last battle of the Anglo Zulu War of 1879 took place close to present-day Ulundi where King Cetshwayo had his military capital oNdini. At daybreak on 4 July, the main British force of just over 5 000 men, 2 Gatling guns and 12 artillery pieces, crossed the White Mfolozi River, formed a hollow square and began to advance across the plain where 20 000 Zulu warriors awaited them. The battle lasted less than 45 minutes and despite the great courage and determination with which they hurled themselves in suicidal attempts to get close to the British, few Zulu warriors managed to get within 30m of the square. Only 12 men were killed on the British side, while the Zulu are thought to have lost up to 1 500 men in the battle which effectively ended the rule of King Cetshwayo and the independence of the Zulu kingdom.

Approaching Ulundi, take the P700 turn-off to Hluhluwe-iMfolozi Game Park and continue for a few kilometres. The memorial is on the left. Ulundi Airport / Ulundi Tourism Office.